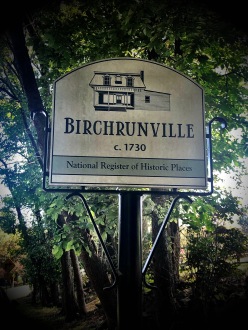 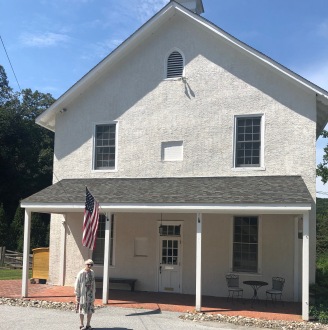 Welcome to Birchrunville. And our beloved schoolhouse where we Bonaduces spent three of the greatest years of our lives. Birchrunville, as we knew it, was a tiny town of about 75 families – some of the people we knew were relatives of the families who built the original schoolhouse, over one hundred years previously. Unbelievably, just down the road from cosmopolitan Philadelphia, Birchrunville was a magical, beaucolic kind of hamlet. Once you found it you never wanted to let it go. So, while now, as Los Angeleans, we are about as removed as we can be from that quaint country town, there is no denying, we left large chunks of our hearts there.

When the invitation arrived from our very, very good friends, the Shoemakers, asking us to come back to Birchrunville to share in the joy of a wedding for their daughter, we (Celia and I), hopped on a plane – a journey of either a couple of thousand miles – and in its own way, an eternity.

Things have changed, of course.  After all, we’ve been gone for decades…but the corner store is still there, and the single pump gas station. And the wild collection of automobiles that help form a town where doctors and lawyers and farmers and teachers share equally in its beauty. There weren’t too many of our original friends left…after all, the old folks we knew got older and the youngsters got restless and left, looking for their own little piece of heaven. Pretty much the way the Bonaduce clan did all those many years ago. I iwsh we could let the restless spirits know that, whereever they found themselves, they’d be carrying this little piece of heaven with them. But the “welcome home” feeling was there.  Even though the schoolhouse is now an office building and the county store is a rather famous restaurant that enjoys an “it’s worth the trip” reputation. 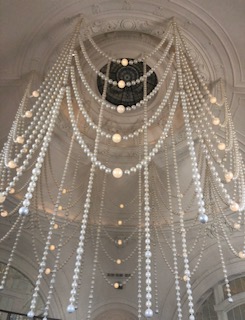 The chandelier at ’19’ – once the Barrymore Room

Now, a brief explanation about the “Ghost” in the title.

I originally got the title when I visited my son, Anthony and his family in Oaxaco, Mexico  We were invited to a baptism and when I went to greet the three year old guest of honor, she screamed and ran to hide behind her mother. The embarrassed mother explained in a mix of Spanish and English, that the little one thought I was a ghost. She had never seen anyone so white.

Okay, not the best reaction, but cute.

Several years later, when I met my grand daughter, Celia, Jr. for the first time after I’d spent a number of years back in Philadelphia, she ask my daughter “How come Grammy looks like she sleeps in a coffin?”

Now come on, I may be pale, but I’m not ghostly.

you know who is standing behind me, right?

Well, whadda you know?  Pictures never lie.  And I, I must admit, am one solid ghostly presence.

But here’s a really concrete picture of today’s Philadelphia. In my day, buildings were not allowed to be taller than Billy Penn’s hat atop City Hall. Now, skyscrapers stand guard around him like gigantic sentinals. The young business people in the towering buildings probably have no idea that not very many years ago (at least to me), their offices would have been an impossibility.

My daughter stopped traffic on Broad Street to get this, so admire it!